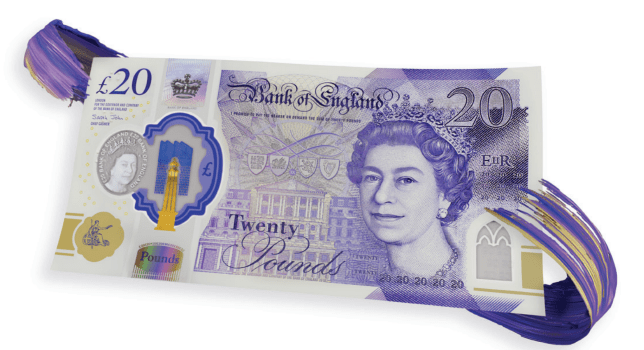 Today the JMW Turner £20 note enters circulation in the UK, the latest issuance from the Bank of England on a polymer substrate.

When first introduced in Australia in 1988 plastic notes were hailed as a disruptive technology that could transform the banknote printing industry. The prospect for them have changed however, as the payment industry and priorities of central banks evolve.

Drawing on its latest expert research, Smithers analyses what this latest issuance means for the UK and global banknote industry.

Data from Smithers’ latest study – The Future of Global Security Printing to 2024 – shows that in 2020 the total value of banknote printing worldwide will be $10.76 billion. The global market will increase to nearly $12 billion in 2024. The majority of growth will be concentrated in Africa and Asia as transition states require more cash as their economies develop.

Substrates – whether cotton fibre, polymer or composites – are a key component of any note, accounting for roughly 40% of value in this market.

For a central bank the transition to polymer is a major step with both advantages and threats. The Bank of England is only the third major economy to follow Australia on to plastic substrates. Canada began the switch in 2010. Other major users worldwide are Vietnam, New Zealand, and in Europe, Romania began printing polymer notes for the leu in 2005.

The case for polymer

The £20 is the most widely counterfeited note in the UK, and poses the greatest challenge for the issuing authorities.

A polymer substrate represents a deterrent to counterfeiters in itself, as even sourcing a plausible base material becomes a problem. The Bank of England has built a series of overt security features into the note including optically diffractive foils, a see-through register, security thread; as well as covert print visible under UV light.

The principal motivator for adopting plastic notes however is their durability. While they have around double the cost of more than conventional cotton paper notes; polymer substrates are very resistant to tearing, and to soiling which studies show account for around 80% of cotton fibre notes withdrawn from circulation. This means they can be kept in circulation 2.5-4 times longer. This in turn require fewer replacement notes to be printed, data from Australia suggest this may be as high as a factor of five.

Recent discussions in central banks have included an emphasis on cutting the environmental impact of banknote production. The Bank of England has stated this is increasingly important in tendering. Data from The Carbon Trust shows that over a full lifecycle the carbon footprint of the UK £5 note is 16% lower than a paper equivalent, for the £10 polymer note it will be 8% lower.

Lifecycle work conducted by the European Central Bank (ECB) has found that across a note’s lifecycle, on average, 44% of its environmental impact is attributable to energy use in ATMs, 31% is due to emissions in deliveries and logistics, and only 14% due to raw materials and production.

The ECB committed in Q4 2019 to conduct a new product environmental footprint assessment of the euro, considering it as a payment medium against competing electronic alternatives to cash.

Besides an increase in cost, another danger of switching to plastics is that the supply of suitable technology has been limited. The majority of plastic notes now in circulation are on printed biaxially orientated polypropylene (BOPP) sourced from CCL, which pioneered the technology in Australia.

For the new £20 the Bank of England has been able to diversify its supply. While 75% of notes will be on CCL’s Guardian substrate, 25% will use the new Safeguard material developed by De La Rue. Both companies have production sites in the UK.

Sourcing a substrate from a foreign commercial supplier would be a barrier to adopting polymer for many larger states. The Central Bank of Russia issued a commemorative 100-rouble banknote on polymer developed by its national mint Groznak, two years ago to celebrate the 2018 World Cup. There has been no further developments since then however. There are also rumours that China is experimenting with a domestically produced polymer substrate, but no notes on this have yet been issued.

India had polymer notes on a trial basis in 2013, but decided against a wider deployment. The US remains highly conservative over its printed currency. And the ECB reaffirmed its commitment to paper by beginning runs of its new €100 and €200 on pure cotton in May 2019.

Durability and lifecycle costs will remain key considerations for central banks, but no other major economies have committed to adopting to fully plastic notes; and indeed Romania is likely to move back to paper once it joins the Eurozone in 2024.

Security print companies have also helped boost the durability of traditional banknotes. This involves both improved coating technologies, such as SicpaProtect from Sicpa; and laminate and composite constructions that offer the advantages of both, such as Giesecke & Devrient’s Hybrid or Durasafe from Landqart.

While polymer notes offer certain advantages, it is a major shift that requires time and political will to execute. As they enter the 2020s many Central Banks now have other priorities, positioning themselves as the payment landscape becomes increasingly cashless, and contemplating alternative payment options, such as central bank-issued digital currencies.
Image source: Bank of England 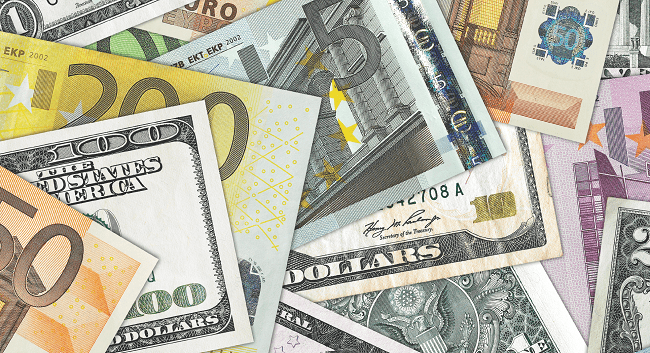 Full analysis and market data on the banknote production