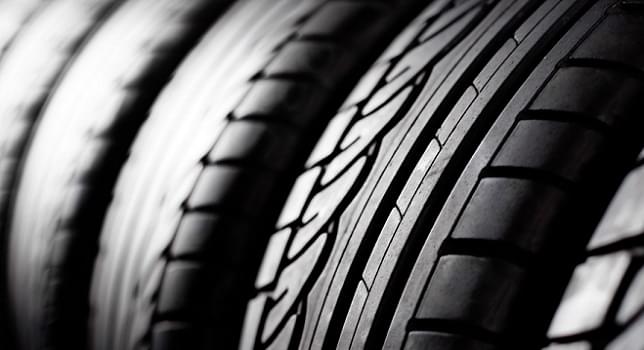 Specialty tires make up around 21% of the total tires market and are projected to increase in value and volume in coming years.

The Future of Specialty Tires to 2019 details the almost $40 billion market for tires other than those used in the automotive, bus and truck sectors. This 21% is spread between a number of quite diverse areas, which together make up what is loosely referred to as the ‘specialty tires’ market. This can be further sub-divided into sectors such as off-the-road, two-wheel, agricultural, industrial and aviation tires.

According to this new market study, specialty tire businesses are generally regarded as more highly profitable than the general ones. The main difference is the greater use of natural rubber than is the case in the automotive tire industry, due to an increased need for toughness. In addition, specialty tires tend to follow the big trends from the automotive and truck/bus sectors, rather than lead them. Premium bicycle tires are a significant exception, where the use of advanced materials and construction are well ahead of the general automotive area.

The largest sector by value ($16.3 billion) and tonnage (2,423,600) is the two-wheel market, which includes motorcycles, scooters, mopeds and bicycles. This area is very consumer-focussed, and consists of two parts. The first and largest of which is general transportation, where the vehicle is seen as the only means of transport. In this area, cost is the dominant factor; the number of tires sold is relatively large and margins are slim. At the other end of the spectrum is premium, where the rider is more concerned with performance than with economy. The vehicles are predominantly used for leisure and sporting activities. Here, volumes are small but prices are much higher and margins better. The CAGR (calculated annual growth rate) for the value of the premium motorcycle tires market from 2012-19 ($ million) is predicted to be an impressive 7.0%.

The second largest sector is OTR tires, which are used with high loads at relatively low speed and over terrain of varying toughness. Properties such as heat build-up, abrasion and puncture resistance, and cut and chunk resistance are dominant themes. The total growth rate for the volume of the OTR tires market from 2012 – 2019 is predicted to be 3.1%.

Agriculture and forestry is the third largest sector by value ($5.2 billion) and tonnage (just over 1 million), and is primarily industry rather than consumer-focussed. Traditionally this has been a very competitive, low margin sector. As such, it has seen a lot of consolidation, with some major tire producers exiting the business. The total annual growth rate for value of the agricultural tires market is predicted to be 2.4%. This sector is followed by the industrial tires market, which is currently worth just over $3.2 billion. The CAGR for the value of industrial tires to 2019 is calculated at 5.5%.

Aviation, at $1.1 billion, is the smallest of the sectors. This area is also the most technically demanding, with the tires on commercial jets having to sustain loads similar to large earthmovers, but at speeds more common to Formula 1 racing cars. There are high barriers to entry and only a few tire manufacturers are present. The total growth factor for the value of the aircraft tires market from 2012-19 ($ million) is 3.2%, according to the report.

Most of the major innovations in tire technology come first from the high volume automotive and truck sectors and get taken up later, if appropriate, by the specialist tire sectors. The general trends over the next 20 years are expected to be a further reduction in rolling resistance and hence in fuel economy, and the application of sensor technology to development of intelligent tires, among others.

The Future of Specialty Tires to 2019